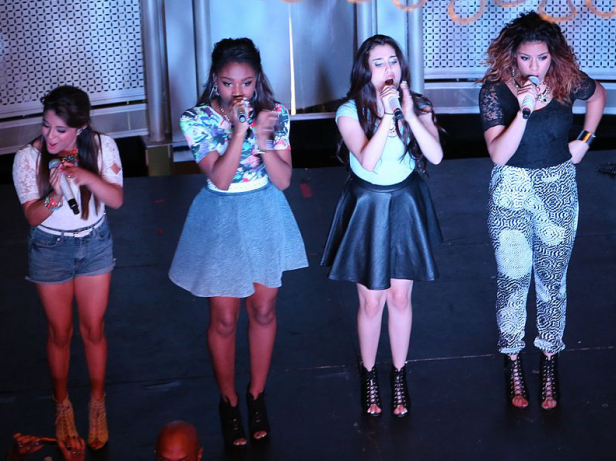 Popular all-American girl group Fifth Harmony are set to release their third studio album titled “Fifth Harmony” on August 25th, 2017. With two prior albums, this will be the bands first album since fifth member Camila Cabello left last year. Fifth Harmony announced the news on The Tonight Show where they performed their brand new single “Down” with rapper Gucci Mane. This was the bands first time appearing on the show and rapper Gucci Mane joked that he was the newest fifth member of the band.

First discovered on The X-Factor in 2012, the members of Fifth Harmony initially auditioned for the show solo. With all five members failing to make it to the next round, the producers and judges decided to band them together and make a girl group. Fast forward five years later and the all girl group have released two hit albums with a third on its way.

Not much is yet known about the new self titled studio album “Fifth Harmony”. No album artwork or track listing has been leaked or announced by the band. However, there were talks that Fifth Harmony wrote over half of the songs on the album and that the album would feature collaborations with Skrillex, Harmony Samuels, Monsters & Strangerz, Sebastian Kole, Poo Bear, and Dreamlab. Gucci Mane also features on their first single “Down”. Check out the newly released music video for “Down” below!

No tour dates have yet been announced for the new album, however if you are looking to catch the band this year they will be performing at a couple of venues in the United States as well as shows in New Zealand, Japan and Mexico. The girl band will play three shows across New Zealand at the popular music festival KFC Edgefest 2017.

Here are upcoming shows in 2017 to see Fifth Harmony live:

If you haven’t yet heard Fifth Harmony’s brand new song “Down” and seen the music video, here it is: