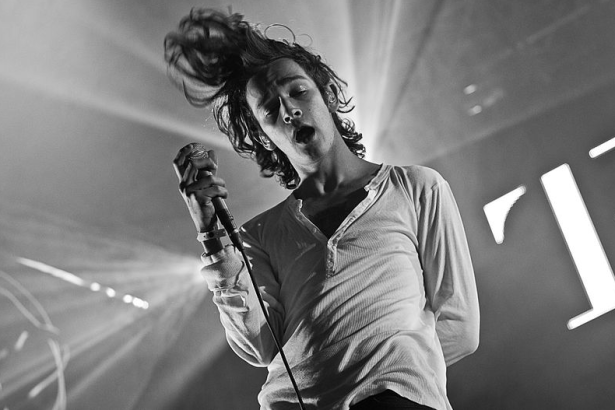 The 1975 are set to release a brand new album sometime in 2018. The album will be called “Music For Cars” and is thought to be released on June 1st of next year. With their pop rock sound, this will be the British bands third studio album. Last year, The 1975 released their incredible album “I Like It When You Sleep, for You Are So Beautiful yet So Unaware of It”. The album was nominated for a Grammy and featured an incredible 7 singles including “Love Me” and “Somebody Else”. After the release of this album, the band were slated to be the pop rock band of the decade.

If you are a big fan of the Manchester rock band, you will recognize the name “Music For Cars”. This is because The 1975 released a set of extended plays back in 2013 and named the third play “Music For Cars”. Speaking on the name choice of the new album, lead singer Matty Healy said it was just the right fit. Although no track list has yet been revealed, lead singer Matty teased a couple of screenshots over social media. One track was titled “jesus christ 2005 god bless america” and may appear on the album, although we can’t be certain. Speaking in an interview to NME, Healy said “Our first three albums are the story of a person; it’s always kind of been my story. It spanned adolescence to maturity, success and trying to mediate the two, and the third one is where we are now.” Fans are more than excited to hear the new music coming from the popular band. The 1975 have also said this album needs to be their best yet!

While no talks of a tour are currently in the works, it is thought that The 1975 may headline or play at festivals next year. Hopefully we will hear more in the coming weeks about their soon to be complete album. But for now, here is “Somebody Else” from their previous hit album.