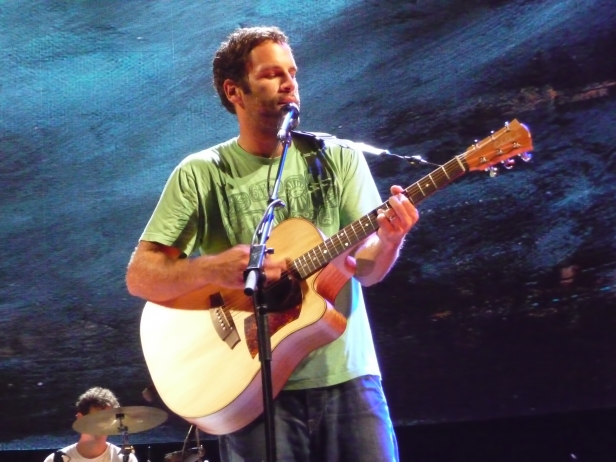 With his last album released in 2013, From Here to Now to You, it has been many years since fans have heard any new music from Jack Johnson. However, this summer he is picking up the guitar again and heading out on a North American Summer Tour beginning in June and finishing up in late July. Jack Johnson has spoken about releasing a new album in the summer of 2017 alongside performing in plenty of locations across the continent. We are hoping to hear some of his new music in the Summer Tour where Jack and the band will travel to states across America as well as a couple of locations in Canada.

The latest album has not yet been released and there are no known titles or songs currently. To date, Jack Johnson has released six studio albums and each has shown progression in the emotion and capabilities of the talented artist. With his hits including “Sitting, Waiting, Watching” and “Better Together”, Jack Johnson has stolen the hearts of listeners worldwide. His songs make you feel all kinds of emotions and his soft rock and acoustic performances reveal his strengths as a singer-songwriter.

While many people have been wondering what Jack Johnson has been up to, we have a bit of the inside scoop. The artist is also a documentary maker and he has been working a new short film called The Smog of the Sea. The documentary was released earlier last month and showcases Jack’s talent as a filmmaker and an actor. The video is currently on Youtube and you can check it out below!

It is no secret that Jack Johnson is a big advocate for charity work and he is constantly bringing light to both environmental issues as well as problems encountered by humanity. His documentary work alone proves this, however he also constantly donates 100% of his tour proceeds to his charity, the Johnson Ohana Charitable Foundation. It hasn’t been confirmed that this will be the case with his Summer Tour, however it would not be surprising since he has done this the last couple of times. If this isn’t another amazing reason to see Jack Johnson live this summer, we don’t know what else is!

In case you are wondering where and when you can catch the extremely talented singer-songwriter, here are the dates for the 2017 Jack Johnson Summer Tour:

True to his hippie and easy going vibe, many of the shows Jack Johnson will play take place outdoors in amphitheatres and stunning locations. He will also play at the iconic Hollywood Bowl and multiple shows will take place in Englewood, Santa Barbara and Berkeley, California as well as in Chicago. This gives you two times the chance to see him in multiple cities across the United States!

Check out Jack Johnson’s latest documentary, The Smog of the Sea, below and don’t forget to check back on our blog to learn more about his latest album and songs!