After much speculation and only some confirmation from the DJ duo over the last few months, it turns out that The Chainsmokers will in fact release an album this year! The duo, comprised of Alex Pall and Drew Taggart, took to Instagram on Monday of this week to post a snapshot of their track list for the upcoming album. It looks like the album is going to be called Memories…Do Not Open. What’s more exciting is the caption above the Instagram picture that confirms the album will be released on April 7th, 2017… that’s less than a month from now!

Here is a photo from The Chainsmokers official Instagram: 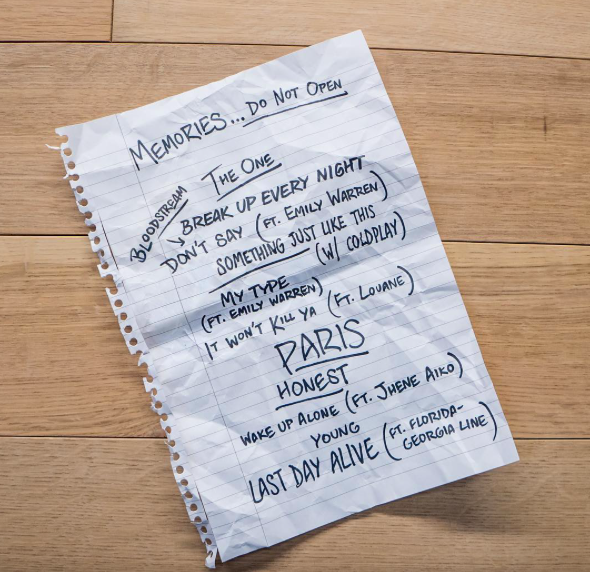 The track list of Memories…Do Not Open appears to be as follows:

As usual, every song sounds like it’s got a great story behind it. The Chainsmokers have taken over the EDM music scene in the past few years with their incredible songs that are always dance worthy, emotion driven, and sometimes hilarious. In the past, The Chainsmokers have released hits including Selfie, Roses, and more recently, Closer. All of their songs have shot to the top of the charts and have revolutionized the electronic music scene as well as nights out at clubs and bars across the world!

With the album dropping in less than a month, pre-ordering Memories…Do Not Open is now available on The Chainsmokers website. It is available through iTunes, Spotify, and Amazon, among other music service providers.

While we have already heard Paris and Something Just Like This, we are very excited to hear the rest of the album. With collaborations from Coldplay, Florida-Georgia Line, Louane, and Emily Warren, the album should be nothing less than awesome.

Coldplay seem to be moving into more upbeat, electronic jams lately, especially after the release of Adventure of a Lifetime and their new song with The Chainsmokers Something Just Like This. Florida-Georgia Line are a country music duo and are perhaps best known for their 2012 release of Cruise. Deemed a “bro-country” band, it should be an interesting combination with The Chainsmokers on this album. Louane is a French singer and actress who won The Voice and released a studio album which was a huge success. Something tells us the collaboration set to feature on the album will be something to listen to time and time again. Singer Emily Warren will feature on two songs on The Chainsmokers album, which can only mean the collaborations between the two are incredibly powerful. We can’t wait…so stay tuned as always!