Best known for being the frontman of British boy band One Direction, English born singer-songwriter Harry Styles is set to release his first solo album. The self titled album will be released on May 12th, 2017.  Harry Styles has released his first single, Sign of the Times, which hit the charts just a few days ago on April 7th.

One Direction took a mutual hiatus in March of 2016 and it seems like most of the members are working on their own solo albums and projects. After all, there was much speculation after fifth member Zayn left the band and successfully pursued his own solo career. There were talks the band would struggle, however they seemed to maintain their super band status, in both the United Kingdom and every other country in the world. Harry Styles is perhaps the most commonly known band member of One Direction, who has gained fame around the world for his powerful voice, unique style, and classic bad boy behaviour.

After releasing his first single just a few days ago titled Sign of the Times, we must say that we are excited to hear the rest of the album. The song has a completely different tone and sound to it than the lovey and catchy pop tunes that One Direction continuously pump out. Sign of the Times has a great beat and the lyrics are soft and well written. It is clear that Harry Styles has taken some inspiration from other British bands like Snow Patrol, Starsailor, and perhaps even a little inspiration from popular British band Travis. It is also evident that the singer has matured in his song writing and his personal life.

Harry Styles has been known to have whirlwind romances with a few popular stars including Xtra Factor presenter Caroline Flack and the one and only country turned pop star Taylor Swift. It has been speculated that two of the songs on the album are about these ladies, as one is titled Caroline and another one Ever Since New York, which may make reference to one of Swift’s songs from her album released a couple of years ago titled 1989. 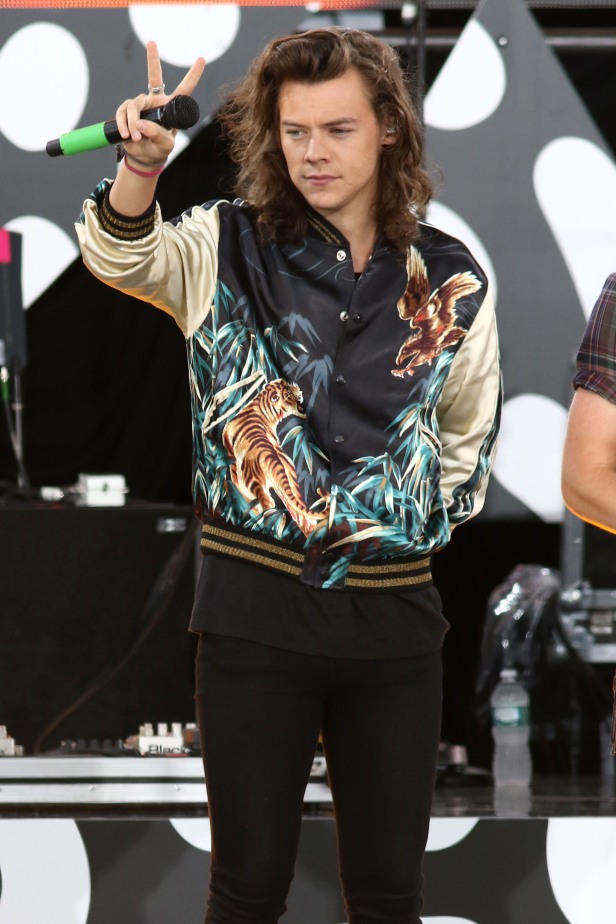 We don’t yet know if another single will be released before the entire album is set to hit stores and the online world on May 12th. Until then, we do know that the self-titled album will have 10 tracks.

Here is the track list for the self titled album:

The next question is if and when Harry Styles will head out on tour to perform his brand new solo album. The singer-songwriter just finished filming his very first acting debut in a WW2 movie titled Dunkirk. After finishing up filming, Styles headed straight to the studio to continue work on his album. Stay tuned for tour dates…we are hopeful!

If you haven’t heard Sign of the Times yet, here is a link to the audio version: