Sir Paul McCartney is heading back out on tour to perform over 60 shows worldwide. The One On One Tour will hit countries across North and South America, Europe, and Asia. The general pre-sale for tickets starts tomorrow on May 5th at 10am. It has been rumoured that Sir Paul McCartney may never go on a tour this big ever again, so tickets have been in extremely high demand. Interest in the tour has been in such high demand that one additional night at Tinley Park in Chicago has already been added.

Paul McCartney is best known for being one of the four members of the legendary British band The Beatles. Changing the face of music, the band took the world by storm with their politically charged, world changing love ballads and tunes. Fast forward over 50 years later, and Sir Paul McCartney has achieved the type of success most artists only dream of. With many solo albums and plenty of group discographies, with both the Wings and The Beatles, the British singer-songwriter last released an album in 2013. Titled New, the album was the sixteenth studio album released by Paul McCartney. 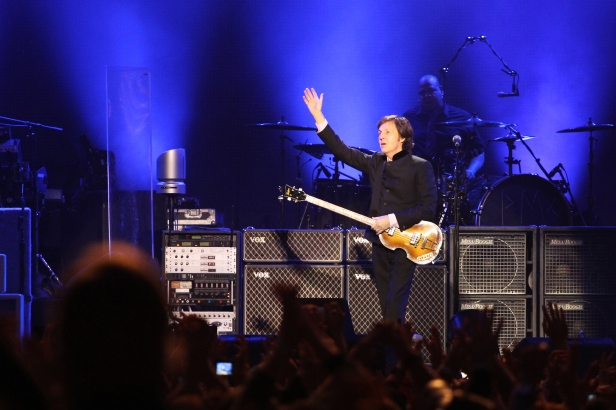 Sir Paul McCartney has toured on and off many times from the year 2002 until 2016. It hasn’t been long since the British artist last toured, however his tours always have a varying selection of songs on the track list including work from his time with The Beatles, the Wings, and his solo work. Releasing new songs this year, Paul McCartney is set to perform many of them at his 2017 One On One Tour.

Here are the tour dates for the 2017 One On One Tour. Remember the regular sales for tickets starts tomorrow, May 5th, at 10am.

What are your favourite Paul McCartney tunes?