Wrapping up his almost year long tour around the world, Passenger has just released a brand new surprise album titled “The Boy Who Cried Wolf”. The album was released just yesterday morning on July 28th around the same time he took to the studio to perform the album live. The English folk singer-songwriter released the news through a Facebook live stream, where he told fans the album would be released through his own label known as Mike Rosenberg. Passenger then went on to play new songs from the album live from the YouTube studio in London, England. If you’d like to check out the live stream, it is available on his Facebook page or at the bottom of this page via our YouTube link.

Passenger started out his musical career in a couple of bands and then took to busking on the streets as he travelled. In 2012, he released the album “All the Little Lights”, which contained his hit single “Let Her Go”. This single was a massive hit around the world and shot Passenger to fame. Since 2012, he has released three more albums including last years “Young as the Morning Old as the Sea”. He spent the last year touring around the world and finished up earlier this week playing a big show in Dublin, Ireland.

Since he was so busy on the road in the past year, fans were not expecting a new album so soon. The Boy Who Cried Wolf is a pleasant surprise for fans and music critics alike. True to his folk roots, Passenger rarely changes his style, but continuously provides fans with emotional, relatable, and heartfelt lyrics and tunes. Check out the track listing below for the new album The Boy Who Cried Wolf. 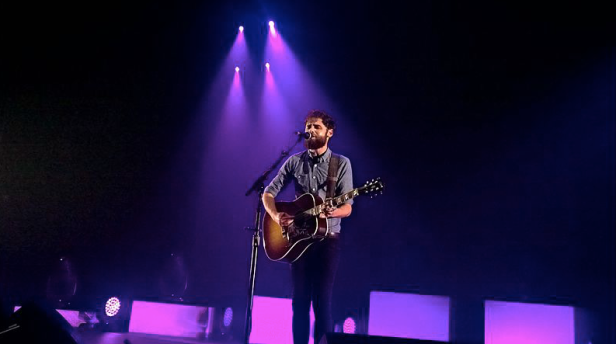 Here is the track listing for The Boy Who Cried Wolf:

Since he just finished up an almost year long tour, we don’t expect Passenger to head out on the road again so soon. Perhaps in 2018 the folk singer-songerwriter will travel the world again and play live shows across almost every continent. Stay tuned for any updates in regards to a new tour from Passenger.

Check out the live session of Passengers new album, The Boy Who Cried Wolf, here:

Also check out the brand new official video for the single “The Boy Who Cried Wolf”: