Bjork has announced that she will release her brand new album sometime in the month of November. This news comes alongside the announcement of her first single from the album which will be called “The Gate”. Available online on September 18th, the incredibly talented Icelandic singer-songerwriter has described her album as slightly experimental and focused on love while searching for that perfect “utopia”.

Bjork issued a statement explaining her thought process while creating the album. The singer-songwriter explained: “It’s about that search – and about being in love. Spending time with a person you enjoy on every level is obviously utopia, you know? I mean, it’s real. It’s when the dream becomes real.” 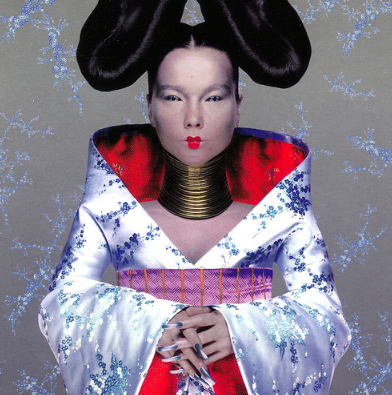 While no information is available regarding the album title or track list, Bjork may perhaps release more information in the coming weeks, especially after the first single “The Gate” is released. This will be the singer’s tenth album, which has been highly anticipated after the release of her last hit album in 2015 titled “Vulnicura”. Incredibly, Bjork has been creating music since the release of her first album in 1977 when she was just 11 years old! Talk about having a natural talent…the singer once covered songs by bands like The Beatles and translated the songs into her native language of Icelandic.

Stay tuned for any information that becomes available in the coming weeks! Hopefully a tour will be on the way after the release of the album. Bjork did play a few gigs earlier this year across the world including shows in Los Angeles, Mexico City, and Tokyo. However, we are keeping our fingers crossed that she takes to the stage in 2018 on tour.

For now, we will have to settle for an epic throwback to 1995: